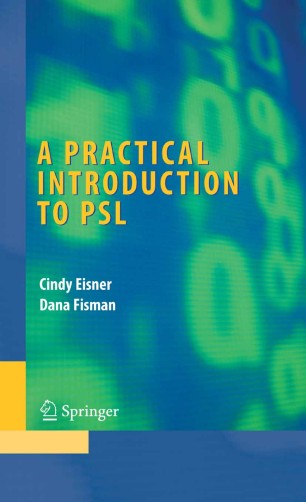 A Practical Introduction to PSL

A Practical Introduction to PSL includes extensive examples illustrated with timing diagrams. While mostly oriented to users of PSL for simulation, a section on the use of PSL in formal verification is included. All of the basic language constructs are covered, as well as advanced topics such as the use of PSL in multiply-clocked designs. The chapter on common errors, based on the authors’ many years of experience in using and teaching the language, will be helpful to both beginners and more experienced users.

A Practical Introduction to PSL is primarily targeted to hardware designers and verification engineers who plan to use PSL. This book is also of interest to students of temporal logic. The formal semantics of PSL are included as an appendix, and bibliographical notes include pointers to some of the main theoretical works.

… "Cindy Eisner and Dana Fisman were the two key people who turned IBM Sugar into PSL. Their deep understanding of PSL’s formal semantics was instrumental in both the Accellera and IEEE PSL standardization efforts. Cindy and Dana have now created the most authoritative source for information about PSL, designed to introduce the language incrementally in an easily understood fashion. A Practical Introduction to PSL provides a solid foundation for getting started with PSL today."