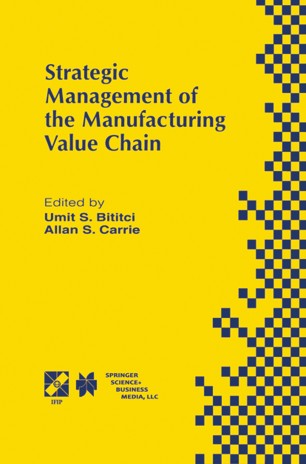 Proceedings of the International Conference of the Manufacturing Value-Chain August ‘98, Troon, Scotland, UK

Today the Scottish electronics industry employs 40,000 people directly and a further 30,000 in the supply infrastructure. There are now more than 550 electronic manufacturing and supplier companies in ' Silicon Glen'. In terms of the contribution to the economy, electronics is by far the most valuable industry. Its value in 1996 was approximately £ 10billion and accounted for more than half of Scotland's exports. The major product groupings within the industry include: • PCs, laptops and workstations • Disk drives, cable harnessing • Printers, keyboards and peripherals • Semiconductor devices and PCBs • TV, VCRs, CDs, stereos and other consumer electronics • Cellular phones and telecommunications products • A TMs and funds transfer systems • Networking and security systems • Navigation and sonar systems • Microwave products • Power supplies • Software and compilers Many of these companies are multi-national OEMs, who came to Scotland as inward investing companies. Early inward investing companies were from USA, followed by companies from Japan, and more recently from Taiwan and Korea. An important segment of the industry is involved in the manufacture of computers, including IBM, Compaq, Digital and Sun. In fact approximately 40% of the PCs sold in Europe are built in Scotland. With five of the world's top eight computer manufacturers locating a manufacturing base in Scotland there has been an attraction for foreign companies keen to provide service for these multinationals. In 1995/96 the supply base output was worth £1.