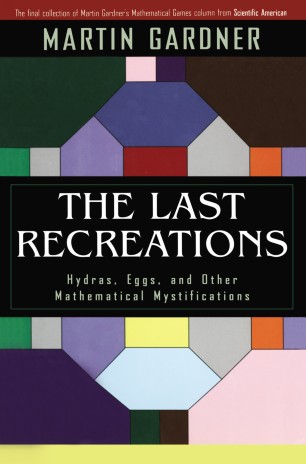 Hydras, Eggs, and Other Mathematical Mystifications

Of all of Martin Gardner's writings, none gained him a wider audience or was more central to his reputation than his Mathematical Recreations column in "Scientific American", which virtually defined the genre of popular mathematics writing for a generation. Flatland, Hydras and Eggs: Mathematical Mystifications will be the final collection of these columns, covering a period roughly from 1979 to Gardner's retirement as a regular columnist in 1986. The notable trend over Gardner's career is the increasing sophistication of the mathematics he has been able to translate into his famously lucid prose. These columns show him at the top of his form and are not to be missed by anyone with an interest in mathematics. As always in his published collections, Gardner includes letters received from mathematicians and other commenting on the ideas presented in the columns.