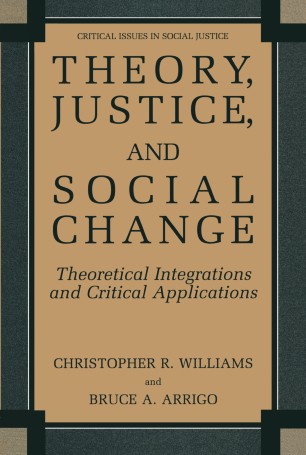 Throughout history, social and intellectual crises have given rise to compelling suggestions for reform steeped in various progressive sensibilities. For example, within the discipline of criminology -- particularly during the 1980’s and 1990’s -- a number of unconventional theoretical perspectives emerged that sought to challenge many of the assumptions embedded within its own mainstream discourse, and to propose alternative solutions for meaningful, sustainable change. Conceived of as "critical" in overarching orientation, these efforts to rethink the foundations of criminological verstehen can be traced to several specific theoretical and methodological strands of inquiry (e.g., anarchism, peacemaking, chaos theory, postmodernism). Though distinct in some respects, these emerging models are linked paradigmatically by their shared discontent with conventional criminological thought and by their radicalized posture toward existing and previously unexamined epistemic crises. Collectively, this is an agenda for reform that seeks to establish a more humane and just social order, particularly as citizens and society confront the institutional and communal problems posed by crime, delinquency, and deviance.

Theory, Justice, and Social Change: Theoretical Integrations and Critical Applications represents a provocative series of essays that systematically reviews or extends the role of critical social theory in fostering justice and change in several relevant, though problematic, social contexts. Mindful of the need to address both conceptual exegeses and pragmatic concerns, the articles contained in this volume grapple with the ongoing "double crisis" that confronts theory and practice in the construction of knowledge. By appropriating and integrating various insights from several heterodox and critically animated lines of inquiry, each chapter deftly exposes where and how conventional sociological and criminological thought has failed to effectively address such human social issues as homelessness, mental illness, minority rights, juvenile justice, global violence, and criminal punishment. In doing so, Theory, Justice, and Social Change provides new and much needed direction regarding theory development in the social sciences, and indicates why charting such a course of theory/action yields more enlightened prospects for justice and change in society and in our lives.