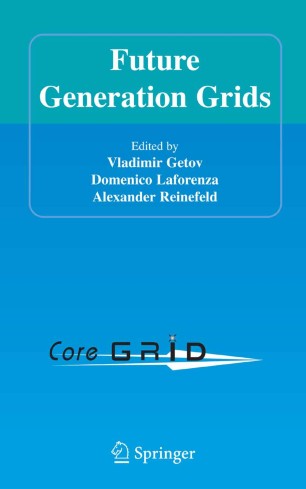 The Internet and the Web continue to have a major impact on society. By allowing us to discover and access information on a global scale, they have created entirely new businesses and brought new meaning to the term surf. In addition, however, we want processing, and increasingly, we want collaborative processing within distributed teams. This need has led to the creation of the Grid - an infrastructure that enables us to share capabilities, and integrate services and resources within and across enterprises.

Future Generation Grids is the second in the CoreGRID series.  This edited volume brings together contributed articles by scientists and researchers in the Grid community in an attempt to draw a clearer picture of the future generation Grids. This book also identifies some of the most challenging problems on the way to achieving the invisible Grid ideas.

Future Generation Grids is written for a professional audience. This book is also suitable for graduate-level students in computer science.