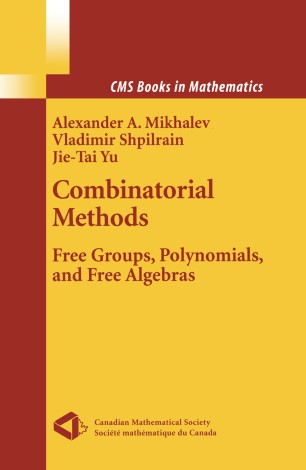 This book is divided into three fairly independent parts. Part I provides a brief exposition of several classical techniques in combinatorial group theory, namely, methods of Nielsen, Whitehead, and Tietze. Part II contains the main focus of the book. Here the authors show how the aforementioned techniques of combinatorial group theory found their way into affine algebraic geometry, a fascinating area of mathematics that studies polynomials and polynomial mappings. Part III illustrates how ideas from combinatorial group theory contributed to the theory of free algebras. The focus here is on Schreier varieties of algebras (a variety of algebras is said to be Schreier if any subalgebra of a free algebra of this variety is free in the same variety of algebras).