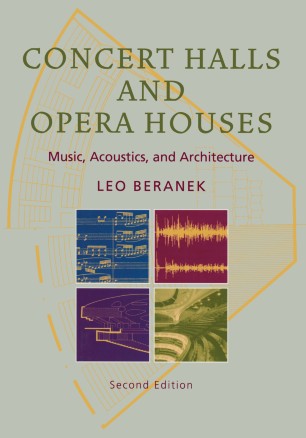 The first question any lover of classical music usually asks an acoustician is, "Which are the best halls in the world?" The response -the three halls rated highest by world-praised conductors and music critics of the largest newspapers were built in 1870, 1888, and 1900- always prompts the next query: "Why are those so good while many halls built after 1950 seem to be mediocre or failures?" You will find answers to these questions in this book, the result of a half-century's research into the very complex field of acoustics of halls for music.
Following the first chapters, which establish a base for understanding the effects of acoustics on composers, performers, and listeners, and guiding the reader to a common vocabulary, the bullz of this book, Chapter 3, contains the write-ups, photographs, drawings, and architectural details on 100 existing halls in 31 countries. Thirty of the halls are completely new. Although the remainder appeared in earlier books by the author, the materials have been updated wherever necessary. The later chapters present the relation of a hall's acoustics to its age, shape, type  of seats, and the materials used for the walls and ceiling. The sequence of events that led to Boston Symphony Hall's excellent acoustics, which opened in 1900, is covered in detail-although it went through a troubled first few years because the leading local music critic considered the predecessor hall as better. Detailed discussions also appear for balcony, box, stage, and pit designs. All the known electroacoustical measurements on 100 existing halls are examined and compared with the rank orders of 58 concert halls and 21 opera houses that were obtained from interviews and questionnaires. Finally, the optimal electro-acoustical results are presented for concert halls and opera houses used for today's repertoires. Three appendices supplement the chapters: the first gives definitions of all of the major acoustical and architectural terms and symbols used in the book; the second provides the electro-acoustical data available on the 100 halls; and the third presents in tabular form much of the dimensional and electro-acoustical data for the 100 halls.