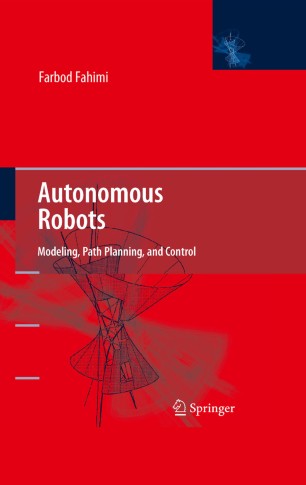 It is at least two decades since the conventional robotic manipulators have become a common manufacturing tool for different industries, from automotive to pharmaceutical. The new generation of robots are now being developed that can be categorized in two groups; redundant (and hyper-redundant) manipulators, and mobile (ground, marine, and aerial) robots. These groups of robots, known as advanced robots, have more freedom for their mobility, which allows them to do tasks that the conventional robots cannot do. Engineers have taken advantage of the extra mobility of the advanced robots to make them work in constrained environments, ranging from limited joint motions for redundant (or hyper-redundant) manipulators to obstacles in the way of mobile (ground, marine, and aerial) robots.

Autonomous Robots: Modeling, Path Planning, and Control covers the kinematics and dynamic modeling/analysis of Autonomous Robots, as well as the methods suitable for their control. Drawing upon years of experience and using numerous examples and illustrations, Farbod Fahimi discusses:

Autonomous Robots: Modeling , Path Planning, and Control is suitable for mechanical and electrical engineers who want to familiarize themselves with methods of modeling/analysis/control that have been proven efficient through research. This book presents the theoretical tools for analyzing the dynamics of and controlling Autonomous Robots in a form comprehensible for students and engineers.