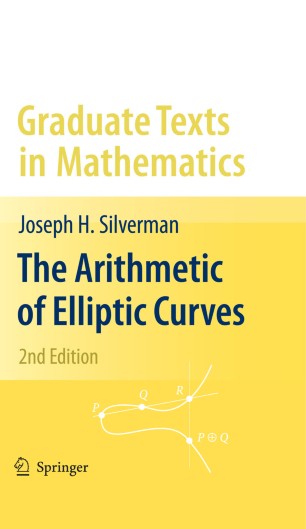 The Arithmetic of Elliptic Curves

For this second edition of The Arithmetic of Elliptic Curves, there is a new chapter entitled Algorithmic Aspects of Elliptic Curves, with an emphasis on algorithms over finite fields which have cryptographic applications. These include Lenstra's factorization algorithm, Schoof's point counting algorithm, Miller's algorithm to compute the Tate and Weil pairings, and a description of aspects of elliptic curve cryptography. There is also a new section on Szpiro's conjecture and ABC, as well as expanded and updated accounts of recent developments and numerous new exercises.

The book contains three appendices: Elliptic Curves in Characteristics 2 and 3, Group Cohomology, and a third appendix giving an overview of more advanced topics.