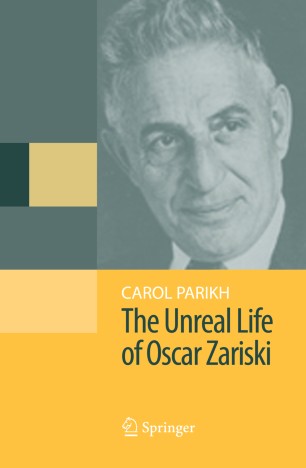 The Unreal Life of Oscar Zariski

Oscar Zariski's work in mathematics permanently altered the foundations of algebraic geometry. The powerful tools he forged from the ideas of modern algebra allowed him to penetrate classical problems with an unaccustomed depth, and brought new rigor to the intuitive proofs of the Italian School. The students he trained at John Hopkins, and later at Harvard, are among the foremost mathematicians of our time.

While what he called his "real life" is recorded in almost a hundred books and papers, this story of his "unreal life" is based upon Parikh's interviews with his family, colleagues, and students, and on his own memories from a series of tape-recorded interviews made a few years before his death in 1986.

First published in 1991, The Unreal Life of Oscar Zariski was highly successful and widely praised, but has been out of print for many years. Springer is proud to make this book available again, introducing Oscar Zariski to a new generation of mathematicians.

"I want to express my appreciation to you for having penetrated so deeply into the many-faceted aspects of a complex and mercurial life."

"...an attractive book that recreates one of the great mathematical personalities of our century. Both mathematicians and nonspecialists will enjoy it."

"Carol Parikh's perceptive narrative of the life of Oscar Zariski, the man, is based on his own recollections tape recorded a few years before his death, and on the author's extensive interviews with his family, colleagues, and students. Here we learn of his birth in a Jewish settlement in eastern Poland, high school in Russia, university in Rome, and maturity in the United States...We see his development as a mathematician in the context of the people around him. We see his humanity in his love for his family and the care he devoted to his students...All this and more in Carol Parikh's prize-winning English prose make this book a delight to read."