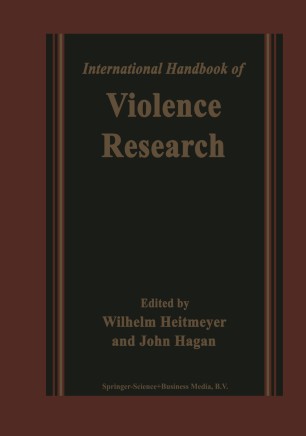 An international manual is like a world cruise: a once-in-a-lifetime experience. All the more reason to consider carefully whether it is necessary. This can hardly be the case if previous research in the selected field has already been the subject of an earlier review-or even several competing surveys. On the other hand, more thorough study is necessary if the intensity and scope of research are increasing without comprehensive assessments. That was the situation in Western societies when work began on this project in the summer of 1998. It was then, too, that the challenges emerged: any manual, espe­ cially an international one, is a very special type of text, which is anything but routine. It calls for a special effort: the "state of the art" has to be documented for selected subject areas, and its presentation made as compelling as possible. The editors were delighted, therefore, by the cooperation and commitment shown by the eighty-one contributors from ten countries who were recruited to write on the sixty-two different topics, by the con­ structive way in which any requests for changes were dealt with, and by the patient re­ sponse to our many queries. This volume is the result of a long process. It began with the first drafts outlining the structure of the work, which were submitted to various distinguished colleagues. Friedheim Neidhardt of Berlin, Gertrud Nunner-Winkler of Munich, and Roland Eckert of Trier, to name only a few, supplied valuable comments at this stage.