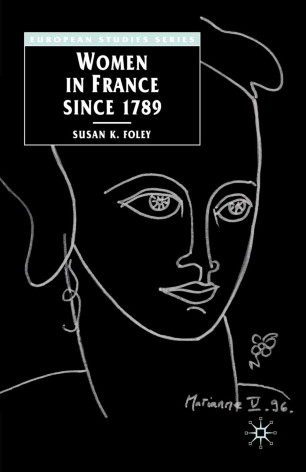 The Meanings of Difference

This compelling study traces the changes in women's lives in France from 1789 to the present. Susan K. Foley surveys the patterns of women's experiences in the socially-segregated society of the early nineteenth century, and then traces the evolution of their lifestyles to the turn of the twenty-first century, when many of the earlier social distinctions had disappeared.

Focusing on women's contested place within the political nation, Women in France since 1789 examines:

- the on-going strength of notions of sexual difference
- recurrent debates over gender
- the anxiety created by women's perceived departure from ideals of womanhood
- major controversies over matters such as reproductive rights, significant cultural changes, and women's often under-estimated political roles.

By addressing and exploring these key issues, Foley demonstrates women's efforts over two centuries to create a place in society on their own terms.