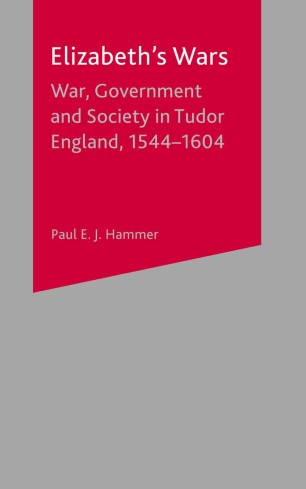 Between 1544 and 1604, Tudor England was involved in a series of wars which strained government and society to their limits. By the time Elizabeth became queen in 1558, England and Wales were likened to 'a bone thrown between two dogs' - the great European powers of France and Spain.
Elizabeth's Wars tells the story of how Elizabeth I and her government overcame early obstacles and gradually rebuilt England's military power on both land and sea, absorbing vital lessons about modern warfare from 'secret wars' fought on the Continent and in the waters of the New World. Elizabeth herself was a reluctant participant in foreign wars and feared the political and material costs of overseas combat - misgivings which proved fully justified during England's great war with Spain in the 1580s and '90s. Nevertheless, Elizabeth's armies and navy succeeded in fighting Spain to a standstill in campaigns which spanned the Low Countries, northern France, Spain and the Atlantic, as well as the famous Armada campaign of 1588; whilst in Ireland the last Irish resistance to total English domination of the country was finally crushed towards the end of Elizabeth's reign.
Combining original work and a synthesis of existing research, Paul E.J. Hammer offers a lively new examination of these long and costly, but ultimately successful, wars - military exploits which were to prove impossible acts to follow for Elizabeth's immediate successors.