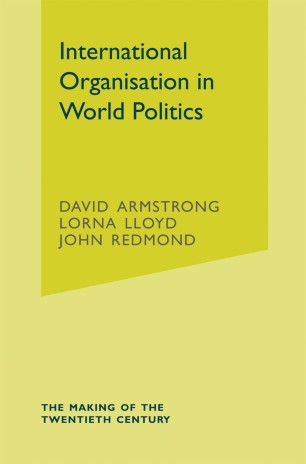 Since the end of the Cold War, international organisations have assumed a greater importance on the world stage. The United Nations has played a key role in all of the major security issues during this period - increasingly called upon to address other global problems such as poverty and international crime - while the European Union has created a single currency and moved towards the adoption of a constitution. The growing significance of the World Trade Organisation and other economic institutions has led some to talk of the emergence of a structure of global governance; and international non-governmental organisations and social movements are now widely seen as forming a kind of global civil society that both challenges and participates in these developments.

Building on the success of the previous edition (Versailles to Maastricht: International Organisation in the Twentieth Century), this book is a valuable introduction to the complex history of modern international organisation. David Armstrong, Lorna Lloyd and John Redmond:

- pay close attention to the League of Nations, the UN and the EU
- offer chapters on the new regionalism, global governance and international regimes and global civil society
- adopt a thematic and analytical approach to the subject
- provide a concise factual account of the rise of the international organisation