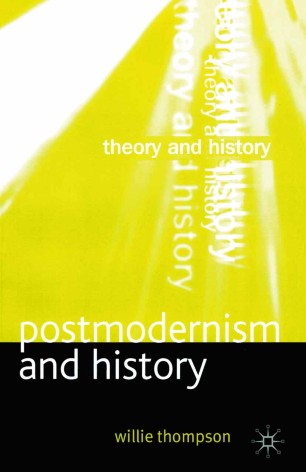 Part of the Theory and History book series (THHI)

In this clear, jargon-free guide, Willie Thompson provides a concise introduction to postmodernist theory and its significant impact on the study of history. Although this is a hotly-debated topic, with much of the current literature being both polemical and inaccessible to the beginner, Thompson offers straightforward explanations of complex concepts and shows how the debates are relevant to students' own work.

- considers the origins of postmodernism in both the ideas of poststructuralist thinkers, particularly Michel Foucault, and the political and cultural developments of the late 20th century
- explores themes such as the treatment of historical evidence, problems of historical representation, feminist history, ethical judgements on past events, and the validity of metanarrative or long-term historical explanation
- discusses critically the work of a number of current and recent practicing historians - including Joan Scott, Roy Porter, Patrick Joyce and James Vernon - who have used postmodernist ideas in their writing
- enquires how far postmodern thought has been absorbed into mainstream historiography