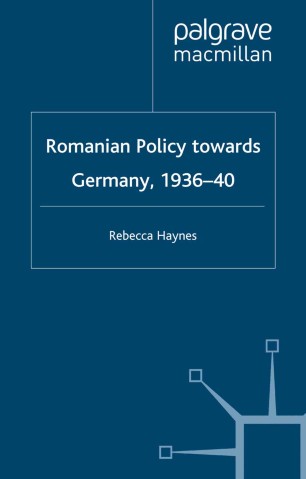 This new book, based on archival research, contests the assumptions that Romania remained pro-Western in the late 1930s and only joined the Axis as a result of Western negligence and German pressure. Instead, Germany was drawn by Romanian politicians into political and economic cooperation with Bucharest. In the event, this proved Romania's undoing. Let down by her German protector, she was forced to cede territory to the Soviet Union, Hungary and Bulgaria. Subsequently, Romania was allowed into the alliance she sought with Germany.