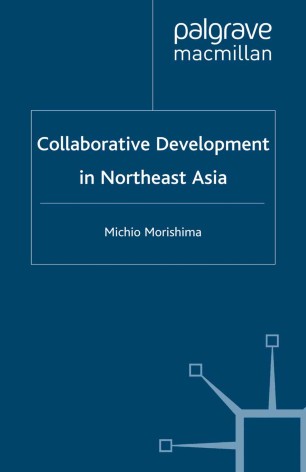 In Collaborative Development in Northeast Asia , Michio Morishima is concerned with an imaginary world as Joseph A. Schumpter was in Capitalism, Socialism and Democracy . Unlike his model, Morishima's explicitly assumes that both 'politicians' and 'entrepreneurs' are active in making innovations in the political and business worlds respectively. Only then would an Asian Community made up of China, Japan, two Koreas and Taiwan be possible. He examines how the Community would work and argues that it is the only hope for Asia's revival.

MICHIO MORISHIMA is the former Sir John Hicks Professor of Economics at the London School of Economics and Political Science and works at STICERD attached to the LSE. He is the General Editor of the Macmillan series of the Classics in the History and Development of Economics. His previous publications include Why Has Japan `Succeeded'?, as well as volumes on general economic theory, the history of economic thought and the socio-economic aspects of the development of Japan.