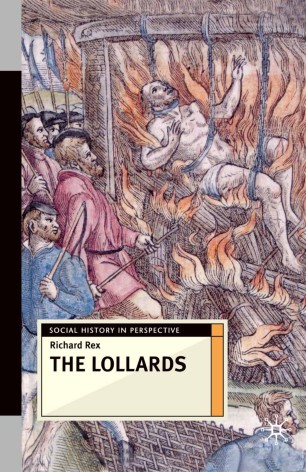 The Lollards offers a brief but insightful guide to the entire history of England's only native medieval heretical movement. Beginning with its fourteenth century origins in the theology of the Oxford professor, John Wyclif, Richard Rex examines the spread of Lollardy across much of England until its eventual dissolution amidst the ecclesiastical and doctrinal upheavals of the sixteenth century.

Taking account of recent scholarship, Rex reassesses Wyclif's political career and provides a compact survey of his theology which corrects a number of current misapprehensions about it and identifies those features which help explain the hostility it aroused. Whilst endorsing the traditinal view that Lollardy was indeed the lay face of Wycliffism, the author nevertheless challenges a number of cherished myths about England's late medieval heretics. Rex controversially argues that Wyclif and the Lollards were far less important than historians and literary scholars have often claimed, and takes issue with recent attempts to restore Lollardy to its once conventional position as a 'cause' of the Reformation.

Powerful and persuasive, The Lollards is essential reading for anyone interested in the movement's relationship to Wyclif's teachings, its social and geographical distribution, its political significance, and its impact on the English Reformation.