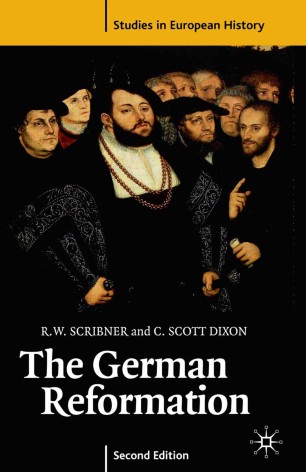 Part of the Studies in European History book series (SEURH)

Over the past twenty years, new approaches to the history of the Reformation of the Church have radically altered our understanding of that event within its broadest social and cultural context. In this classic study R. W. Scribner provided a synthesis of the main research, with a special emphasis on the German Reformation, and presented his own interpretation of the period.

Paying particular attention to the social history of the broader religious movements of the German Reformation, Scribner examined those elements of popular culture and belief which are now seen to have played a central role in shaping the development and outcome of the movements for reform in the sixteenth century. Scribner concluded that 'the Reformation', as it came to be known, was only one of a wide range of responses to the problem of religious reform and revival, and suggested that the movement as a whole was less successful than previously claimed.

In the second edition of this invaluable text, C. Scott Dixon's new Introduction, supplementary chapter and bibliography continue Scribner's original lines of inquiry, and provide additional commentary on developments within German Reformation scholarship over the sixteen years since its first publication.