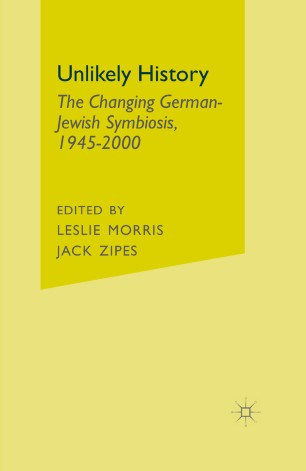 In the English-speaking world, it is generally believed that there are very few Jews living and thriving in Germany. Yet, there has been an unlikely postwar history 1945-2001 that has been somewhat repressed in North America and the United Kingdom. While most people are well-informed about the Holocaust and the consequences that this tragic event has had for the world, very few people know that there has been a steady increase in the population of Jews in Germany since 1945 and that there is a flourishing 'Jewish' culture, certainly a relatively strong Jewish presence, in Germany today. Does this development mean that Jews are playing a significant role in German social life? Does this mean that the great German-Jewish relationship, often referred to as a kind of symbiosis, has re-emerged despite the odds against it? The sixteen essays in this book written by the leading critics in the field cover the fascinating changes that have been made in German society since 1945 in the Jewish communities, literature, theater, film, architecture, and other areas of interest including an examination of the resurgence of anti-Semitism in Austria. For anyone interested in reading about the unpredictable transformations in German-Jewish relations since 1945, Unlikely History will provide information and insights into a history that needs to be told to bring about greater understanding of Jews and Germans in contemporary Germany.