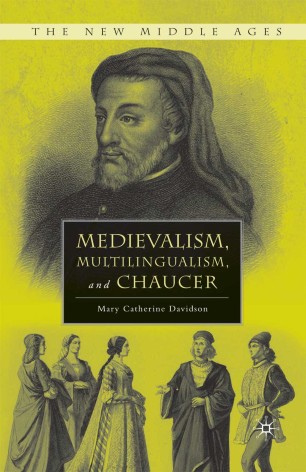 In new readings of medieval language attitudes and identities, this book concludes that multilingualism informed masculinist discourses, which were aligned against the vernacular sentiment traditionally attributed to Langland and Chaucer.


MARY CATHERINE DAVIDSON is Associate Professorof English at the University of Kansas, USA.

"Davidson has provided an energetic and lively book that draws attention to the monolingual and gendered biases in much Anglophone criticism of the middle ages. Her hard-hitting, but always deeply reflective and courteous assault on what she terms anglo-monolingualism sees it as informed by masculinist assumptions about literacy and the wielding of cultural power through that linguistic investment. With an approach taken from linguistics, she valuably draws attention to the sophisticated use of code-switching in Chaucer and Langland and to the modern prejudices that have seen these practices as univocally English . She will prompt much rethinking of the ways in which modern scholars approach the linguistic habits of medieval English authors." - Ardis Butterfield, Professor of English, University College London

"With an eye on recent efforts to establish English as the sole official language of the U.S.A, Davidson offers a spirited critique of the monolingual paradigms that underpin the modern conception of Middle English literature. Drawing on sociolinguistics, discourse analysis, gender studies, and post-colonial studies, Davidson explores the multilingual complexities of the writings of Gower, Langland, and Chaucer to reveal a dynamic code-switching culture. Medievalism, Multilingualism, and Chaucer is a forceful challenge to the celebration of the triumph of English which has been such an important part of Anglo-American medieval studies." - Andrew Taylor, University of Ottawa

"Macaronism, despite its prevalence in written sources from medieval England, is often thought of as an isolated phenomenon, a quirk or idiosyncracy in a few justly obscure writers. In this fine study, Davidson explores how language mixing is, instead, a pervasive feature of textual production in the multilingual culture of late medieval England, one that crucially reveals how languages and their competencies had shifting and interdependent roles, rather than the clearly demarcated functions wishfully claimed by some sources (and embraced by some critics). Her sensitive analysis of the constraints, and the possibilities, behind language choice is a welcome corrective to the common bias toward studying single languages and their literary histories in isolation." - Fiona Somerset, Duke University