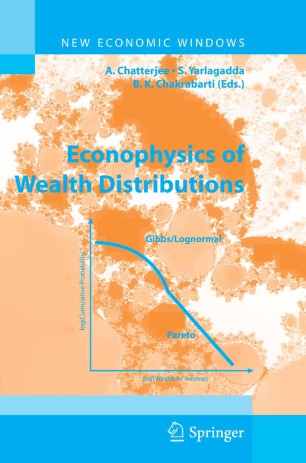 Understanding the distribution of income and wealth in an economy has been a classic problem in economics for the last hundred years. Apart from the rapidly decaying number density of people with their income crossing over to a robust power law for the very rich, known as the Pareto power-law, after Vilfredo Pareto. With the availability of accurate data from finance/income-tax departments of various countries, several robust features of the income distribution have been established.

This field had been dormant for more than a decade, although accurate data had been accumulated over this period. The recent enthusiasm comes mainly from the physicists modelling of markets in analogy with physical systems like gases etc. This is the first book reporting exhaustively on these developments over the last decade by leaders in the field

The book will report on the major models developed mainly by the (econo-) physicists over the last decade. Almost all the major physicists and economists involved in these studies will review their latest work and the associated developments.