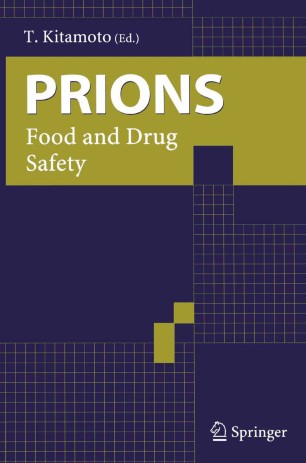 Prion diseases recently have attracted interest not only scientifically but also socially because of the bovine spongiform encephalopathy (BSE) epidemic and the outbreak of variant Creutzfeldt-Jakob disease (vCJD) in the United Kingdom. In 2004, the International Symposium of Prion Diseases for Food and Drug Safety was held October 31–November 2 in Sendai, Japan, where, 20 years earlier, arguments were first heard on whether the etiologic agent of transmissible spongiform encephalopathy was prions or scrapie-associated fibrils. This volume is a collection of current work on prion research that was presented at the 2004 symposium. Topics included range from basic research to clinical aspects of prion diseases, making the book a valuable resource for researchers and clinicians, and encouraging further developments by the next generation of researchers.