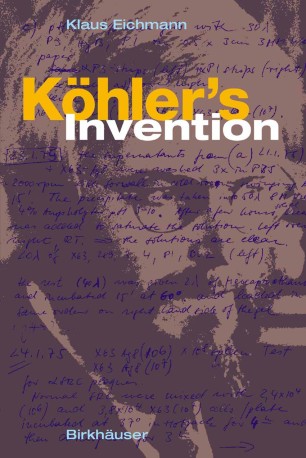 Georges Köhler (1946-1995) was one of the most prominent German scientists of recent history. In 1984, at an age of 38, he received the Nobel Prize in Physiology or Medicine, together with N.K. Jerne and C. Milstein, for inventing the technique for generating monoclonal antibodies. This method and its subsequent applications had an enormous impact on basic research, medicine and the biotech industry.

In the same year, Köhler became one of the directors of the Max-Planck-Institute of Immunobiology in Freiburg; his unfortunate premature death in 1995 set an end to his extraordinary career. Prof. Klaus Eichmann, who had joined the institute as director in 1981, and had invited Köhler to become his codirector, is one of the people who were closest to Georges Köhler.

This scientific biography commemorates the 10th anniversary of Köhler's untimely death. It describes his scientific and personal biography, based on 10 years of close personal and professional relationship between Eichmann and Köhler, as well as interviews with many colleagues and friends, including his "Doktorvater" and mentor Fritz Melchers. Köhler's scientific achievements are explained in a way to make them understandable for the general public and discussed in the historical context of the immunological research at the time.