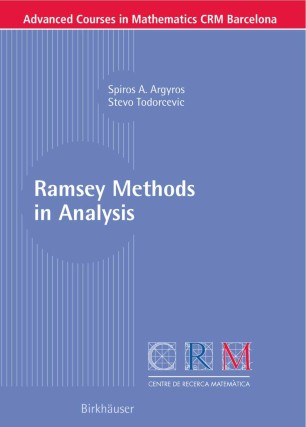 This book introduces graduate students and resarchers to the study of the geometry of Banach spaces using combinatorial methods. The combinatorial, and in particular the Ramsey-theoretic, approach to Banach space theory is not new, it can be traced back as early as the 1970s. Its full appreciation, however, came only during the last decade or so, after some of the most important problems in Banach space theory were solved, such as, for example, the distortion problem, the unconditional basic sequence problem, and the homogeneous space problem. The book covers most of these advances, but one of its primary purposes is to discuss some of the recent advances that are not present in survey articles of these areas. We show, for example, how to introduce a conditional structure to a given Banach space under construction that allows us to essentially prescribe the corresponding space of non-strictly singular operators. We also apply the Nash-Williams theory of fronts and barriers in the study of Cezaro summability and unconditionality present in basic sequences inside a given Banach space. We further provide a detailed exposition of the block-Ramsey theory and its recent deep adjustments relevant to the Banach space theory due to Gowers.