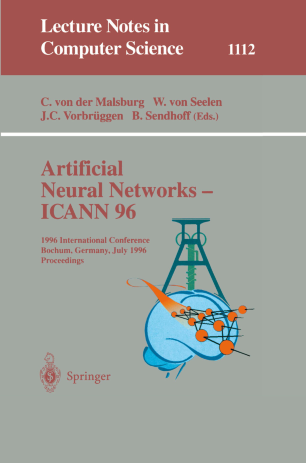 This book constitutes the refereed proceedings of the sixth International Conference on Artificial Neural Networks - ICANN 96, held in Bochum, Germany in July 1996.
The 145 papers included were carefully selected from numerous submissions on the basis of at least three reviews; also included are abstracts of the six invited plenary talks. All in all, the set of papers presented reflects the state of the art in the field of ANNs. Among the topics and areas covered are a broad spectrum of theoretical aspects, applications in various fields, sensory processing, cognitive science and AI, implementations, and neurobiology.