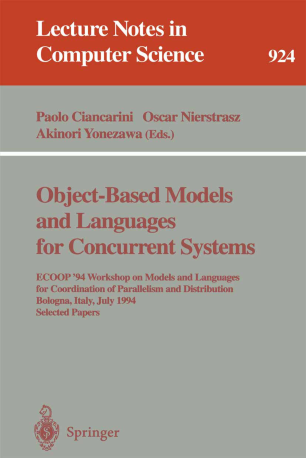 ECOOP '94 Workshop on Models and Languages for Coordination of Parallelism and Distribution Bologna, Italy, July 5, 1994 Proceedings

This volume presents carefully refereed versions of the best papers presented at the Workshop on Models and Languages for Coordination of Parallelism and Distribution, held during ECOOP '94 in Bologna, Italy in July 1994.
Recently a new class of models and languages for distributed and parallel programming has evolved; all these models share a few basic concepts: simple features for data description and a small number of mechanisms for coordinating the work of agents in a distributed setting. This volume demonstrates that integrating such features with those known from concurrent object-oriented programming is very promising with regard to language support for distribution and software composition.