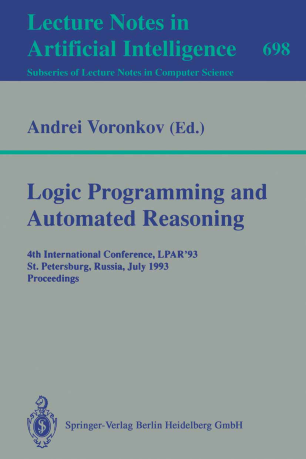 LPAR is an international conference series aimed at bringing together researchers interested in logic programming and automated reasoning. The research in logic programming grew out of the research in automated reasoning in the early 1970s. Later, the implementation techniques known from logic programming were used in implementing theorem proving systems. Results from both fields applied to deductive databases. This volume contains the proceedings of LPAR '93, which was organized by the Russian Association for Logic Programming. The volume contains 35 contributed papers selected from 84 submissions, together with an invited paper by Peter Wegner entitled "Reasoning versus modeling in computer science".