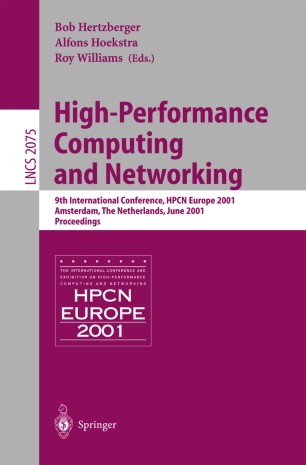 This book constitutes the refereed proceedings of the 9th International Conference on High-Performance Computing and Networking, HPCN Europe 2001, held in Amsterdam, The Netherlands in June 2001.
The 67 revised papers and 15 posters presented were carefully reviewed and selected from a total of almost 200 submissions. Among the areas covered are Web/grid applications of HPCN, end user applications, computational science, computer science, and Java in HPCN.