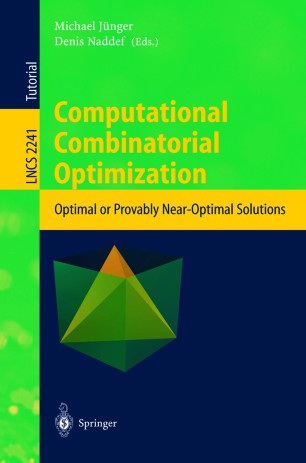 This tutorial contains written versions of seven lectures on Computational Combinatorial Optimization given by leading members of the optimization community. The lectures introduce modern combinatorial optimization techniques, with an emphasis on branch and cut algorithms and Lagrangian relaxation approaches. Polyhedral combinatorics as the mathematical backbone of successful algorithms are covered from many perspectives, in particular, polyhedral projection and lifting techniques and the importance of modeling are extensively discussed. Applications to prominent combinatorial optimization problems, e.g., in production and transport planning, are treated in many places; in particular, the book contains a state-of-the-art account of the most successful techniques for solving the traveling salesman problem to optimality.