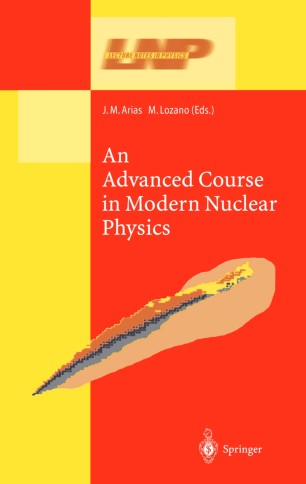 The field of nuclear physics is entering the 21st century while experiencing a strong revival. On the one hand it is changing qualitatively through new experimental developments that allow us to direct radioactive and other exotic probes to target nuclei, and spark off extremely energetic nuclear collisions. Also, the impressive sophistication of new detector systems leads us to expect a number of new discoveries in the near future. On the other hand many new applications have appeared in fields as diverse as medicine, industry, art, archaeology and the environmental sciences. This book is a set of extended lectures on basic and new topics, that gives a tutorial introduction to the field of modern nuclear physics. It is ideally suited to bridging the gap between the standard textbook material and the research literature, and provides the necessary foundation for acting as those who intend to work in any of the many disciplines where nuclear science and technology is going to play an important role in the future.