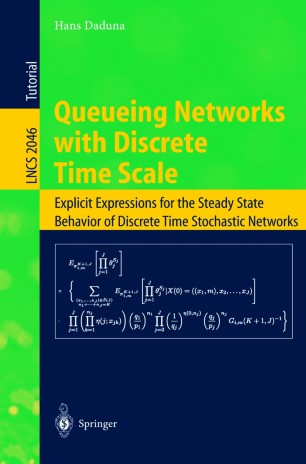 Building on classical queueing theory mainly dealing with single node queueing systems, networks of queues, or stochastic networks has been a field of intensive research over the last three decades. Whereas the first breakthrough in queueing network theory was initiated by problems and work in operations research, the second breakthrough, as well as subsequent major work in the area, was closely related to computer science, particularly to performance analysis of complex systems in computer and communication science.
The text reports on recent research and development in the area. It is centered around explicit expressions for the steady behavior of discrete time queueing networks and gives a moderately positive answer to the question of whether there can be a product form calculus in discrete time. Originating from a course given by the author at Hamburg University, this book is ideally suited as a text for courses on discrete time stochastic networks.