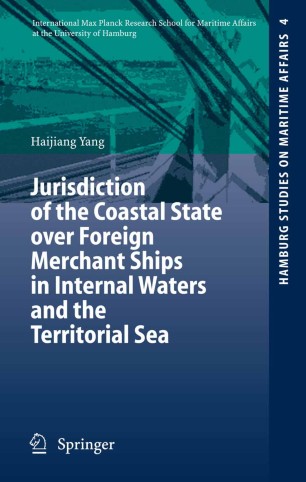 Dr Yang's book deals with the port and coastal State's jurisdiction over foreign merchant ships as well as with the rights and duties of these ships in the internal waters and in the territorial sea. The international law is rather different in both situations. Despite the fact that it faces a number of issues such as, for example, a contested right of access to ports or conditions for port access requirements, the law of foreign merchant ships in internal waters has never been codified. On the other hand, already the League of Nations considered the law of the territorial sea as appropriate for codification in the 1930s. And the Geneva Convention on the Territorial Sea and the Contiguous Zone of 1958 was indeed a codification of most rules of international law on the territorial sea known at that time. The remaining issue of the breadth of the territorial sea was finally solved during the Third United Nations Conference on the Law of the Sea: art. 3 of the UN Conven­ tion on the Law of the Sea of 1982 set it at a limit not exceeding 12 nautical miles. In addition, the right of innocent passage of foreign ships through the territorial sea is regulated in the 1982 Convention in greater detail than ever before, whilst the new regime on the prevention of marine pollution provided in Part XII of the Convention has also considerable impact on this right.