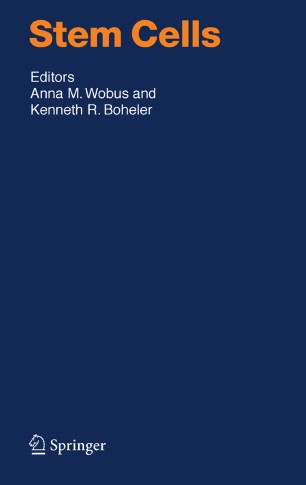 Signi?cant advances in stem cell research and their potentials for therap- tic applications have attracted the attention of the scienti?c community and captured the imagination of society as a whole. Not so long ago, the study of most stem cells, other than those that regenerated the haematopoietic system, was rather obscure and limited to a relatively small number of researchers and laboratories. The uproar over stem cells really began in 1998 with the s- cessful derivation of pluripotent human embryonic stem (ES) cells by James Thomson and co-workers. This breakthrough and the subsequent generation of specialized human cells in vitro led to a paradigm shift within the sci- ti?c community, which transformed this specialized endeavour from a topic of scienti?c interest to a line of investigation with the potential to generate cells - pable of treating serious ailments, including diabetes, cardiovascular diseases and neurodegenerative disorders. Thus the dawn of regenerative medicine has spawned from the somewhat esoteric study of stem cells. Since 1998, extensive research endeavours have been devoted to the study of both embryonic and adult stem cells. Early reports suggested that adult stem cells had a higher plasticity than previously believed, perhaps even comparable with that demonstrated by embryonic stem cells, but several observations of the so-called transdifferentiation capacity and plasticity of adult stem cells have not been repeated. These reports, however, encouraged on-going debates about the capacity of adult versus embryonic stem cells and their potential use in regenerative medicine.