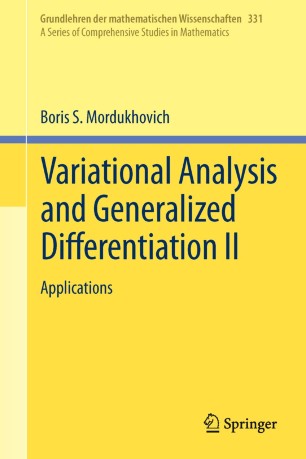 This monographs contains a comprehensive and and state-of-the art study of the basic concepts and principles of variational analysis and generalized differentiation in both finite-dimensional and infinite dimensional spaces and presents numerous applications to problems in the optimization, equilibria, stability and sensitivity, control theory, economics, mechanics, etc. The book is published in two volumes, the first of which is mainly devoted to the basic theory of variational analysis and generalized differentiations, while the second volume contains various applications. Both volumes contain abundant bibliographies and extensive commentaries.