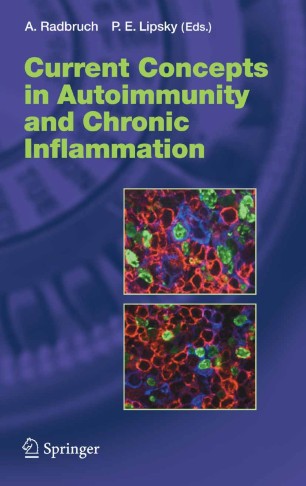 The immune system has been known to be capable of distinguishing self from non-self since the pioneering work of Paul Erhlich more than a century ago. Originally described in experiments studying blood transfusion comp- ibility, the principle of “horror autotoxicus” is still valid, although today the phenomenon is usually described in terms of tolerance or ignorance. A great deal has been learned about the various processes preventing self-reactivity normally. These include processes that operate during immune cell ontogeny and subsequently on reactivity of mature lymphocytes in the periphery. They encompass mechanisms that are intrinsic to potentially reactive lymphocytes and can result in central or peripheral deletion or the alteration of functional potential. In addition, there are in?uences that are extrinsic to potentially auto-reactive lymphocytes, including the function of regulatory cells, d- ferentiation state of antigen-presenting cells, availability of self-antigen, the cytokine and chemokine milieu, as well as the traf?cking patterns involved in generating productive immune interactions. It is clear that the immune system devotes a considerable effort to the avoidance of the development of potentially pathogenic self-reactivity. Despite this, the development of self-reactivity is relatively common. - though the development of autoimmune disease is less frequent, autoimmune diseases, such as rheumatoid arthritis, multiple sclerosis, systemic lupus e- thematosus, psoriasis, thyroiditis, and myasthenia gravis, are all too common, and can cause considerable morbidity and even mortality.