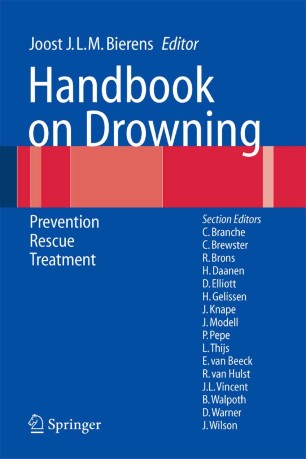 by Jan-Carel van Dorp The board of Governors of the Maatschappij tot Redding van Drenkelingen is happy to introduce this congress book, the fruit of much effort in recent years of many devoted researchers in the fields of prevention, rescue and treatment of drowned people. It is a compilation of the results of their successful studies, as laid down during the World Congress on Drowning held in Amsterdam on 26–28 June 2002. Background Through the ages death by drowning, like so many other causes, was accepted as a part of life. Water brings life, water takes life; burial follows. It was not until th th the 17 or even as late as the 18 century that it became apparent that people could be effectively rescued by bystanders, that many seemingly dead drowning victims only died after burial and that some of them could have been saved from this fate had they received medical attention. In Europe it was the so-called Age of Enlightenment, with changing attitudes towards fellow man and social initiatives underway, including the founding of charitable societies. At that time three noblemen in Amsterdam realised that too many victims who had fallen in the waters of Amsterdam were left to their fate and died. Hence, in 1767, they founded a society for the rescue of drowning victims, de Maatschappij tot Redding van Drenkelingen. Their initiative was widely applauded. In the years that followed other cities in Holland started their own initiatives.