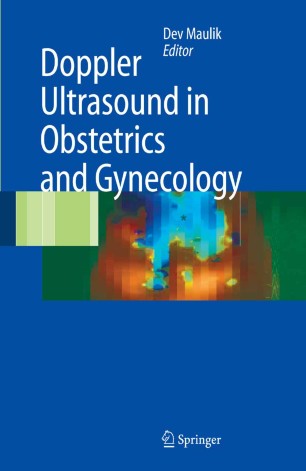 Doppler Ultrasound in Obstetrics and Gynecology

The second edition of Doppler Ultrasound in Obstetrics & Gynecology has been expanded and comprehensively updated to present the current standards of practice in Doppler ultrasound and the most recent developments in the technology. Doppler Ultrasound in Obstetrics & Gynecology encompasses the full spectrum of clinical applications of Doppler ultrasound for the practicing obstetrician-gynecologist, including the latest advances in 3D and color Doppler and the newest techniques in 4D fetal echocardiography. Written by preeminent experts in the field, the book covers the basic and physical principles of Doppler ultrasound; the use of Doppler for fetal examination, including fetal cerebral circulation; Doppler echocardiography of the fetal heart; and the use of Doppler for postdated pregnancy and in cases of multiple gestation. Chapters on the use of Doppler for gynecologic investigation include ultrasound in ectopic pregnancy, for infertility, for benign disorders and for gynecologic malignancies.

With more than 500 illustrations, including over 150 in color, this book is a must-have reference for all practicing obstetrician-gynecologists, radiologists and sonographers who are interested in maternal-fetal Doppler sonography.