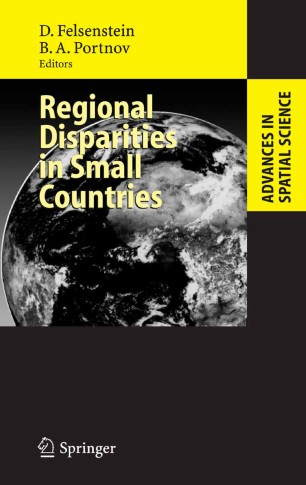 1 2 Daniel Felsenstein and Boris A. Portnov 1 Department of Geography, Hebrew University of Jerusalem, Israel 2 Department of Natural Resources and Environmental Management, University of Haifa, Israel During the Candiot War of 1645-1669, the Ottoman Sultan Ibrahim I ordered his chief admiral to attack Malta. Fearing imminent defeat by the superior Venetian forces stationed on the island, the admiral decided to trick the sultan out of the idea. As the story goes, he placed a candle on his naval map, allowing the wax to drip on the tiny island until it was completely covered. Then he exclaimed in false surprise, “Malta Yok!” (There is no Malta!), and convinced the sultan to sail his fleet to the Island of Crete instead. Although Malta is not featured in this volume, most of the countries it covers are of “wax drip” size. Intuitively, it may be expected that everything in small countries is diminutive: distances, population, economies, and even regional inequalities. Thus, at a symposium on “The Challenge of Development” convened in Israel in 1957 to mark the inauguration of a new building for the Department of Economics at the Hebrew University of Jerusalem, the eminent US economist Simon Kuznets stated that “developed small states seem to have succeeded in spreading the fruits of economic growth more widely among their populations than the larger states at comparable levels of income per capita”.