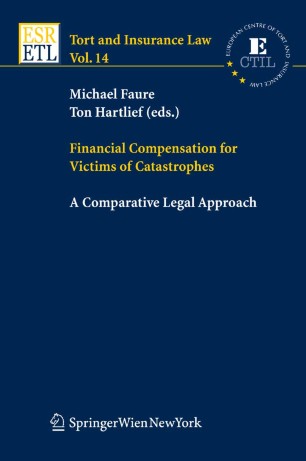 Financial Compensation for Victims of Catastrophes

Part of the Tort and Insurance Law book series (TIL, volume 14)

Recently, mankind is not only suffering from all kind of natural catastrophes (earthquakes, flooding, storms or volcanoes), but increasingly also from so-called man-made disasters, including technological disasters such as explosions, but obviously also terrorism. In recent years many European legal systems have tried to come up with a specific protection for victims of catastrophes. Some countries have created a specific fund solution; others follow a generous ad hoc approach whereby large amounts of compensation are made available on an ex post basis. This book shall pay attention to all of these seemingly quite different solutions. Experts from different countries report on the way catastrophes are dealt with in their particular jurisdiction from the angle of tort law, social security, insurance or alternative compensation mechanisms such as compensation funds. Various possible remedies for victims are critically discussed; attention is also paid to the economic analysis of law.