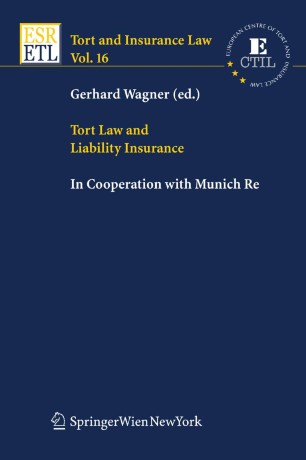 Part of the Tort and Insurance Law book series (TIL, volume 16)

Among scholars as well as practitioners it is taken for granted that liability insurance and liability in tort interrelate in many ways. In fact, insurance carriers are major players in the area of claims for damages. In striking contrast to common beliefs among lawyers, the law still maintains that there is no connection between liability issues and insurance matters, i.e. that both belong to different worlds which must be kept separate. The question is: Who is right? Is it true what countless decisions say, i.e. that there is no normative connection between the liability and the insurance issues? This volume tests the two suppositions against reality. It brings together reports from a number of European jurisdictions which all address the question whether the separateness principle is a mere façade for the courts to hide their real motives or in fact a close approximation of legal reality. The book also addresses the issue from an economic point of view, exploring the issues with the help of the analytical tools of price theory.