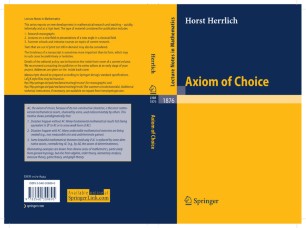 AC, the axiom of choice, because of its non-constructive character, is the most controversial mathematical axiom, shunned by some, used indiscriminately by others. This treatise shows paradigmatically that: