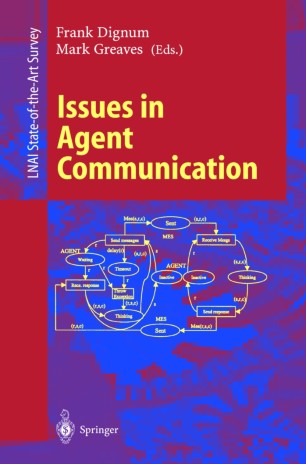 A first attempt to develop a standardized agent communication language (ACL) resulted in KQML, probably the most widely used such language. However, a lot of technical work remains to be done. Even worse, so far, there seems to be little consensus on the basics of agent communication and there is no clear understanding of the semantics of individual speech acts or even of the basic concepts that should be used to define the semantics.
This book documents two workshops on communication in MAS held in 1999, one on Specifying and Implementing Conversation Policies (SICP) and the other in Agent Communication Languages and presents the current state of the art of research in the field. A detailed introductory overview by the volume editors highlights a number of issues that play an important role in agent communication.