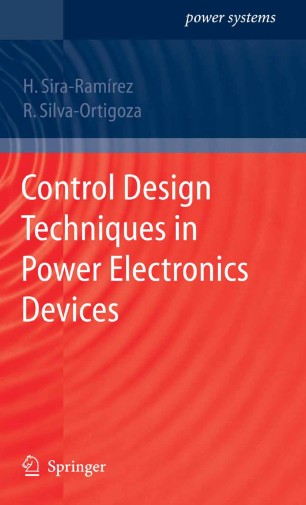 Control Design Techniques in Power Electronics Devices deals specifically with control theories relevant to the design of control units for switched power electronics devices, for the most part represented by DC–DC converters and supplies, by rectifiers of different kinds and by inverters with varying topologies. The theoretical methods for designing controllers in linear and nonlinear systems are accompanied by multiple case studies and examples showing their application in the emerging field of power electronics. The book is introduced through the very important topic of modeling switched power electronics as controlled dynamical systems. Detailed circuit layouts, schematics and actual closed-loop control responses from a representative group of the plants under discussion and generated by applying the theory are included.

This monograph will be of interest to researchers in power systems and their related control problems. It will also assist tutors and students in these fields with its dydactic style and its rich source of worked-out application examples from a broad spectrum of control theories.