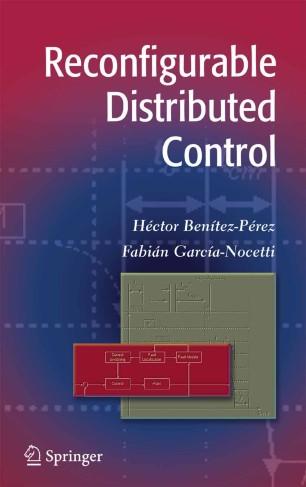 Distributed control systems offer the advantages of control local to the process being controlled while retaining the ease of control at a single centralised location. Typically such a system has involved a great deal of hard-wiring and has been of most use only in situations where flexibility is not essential. Now, however, distributed control systems are being applied more often in process control, autonomous systems and safety-critical systems where control needs to change to cope with fault appearance or other (possibly intentional) process disturbance.

Reconfigurable Distributed Control helps meet the challenge of applying distributed control to dynamical systems, integrating different approaches to the problem. It presents an holistic view based on the appropriate use of stochastic, formal and robust control paradigms. The use of smart peripheral elements means that the degree of effort required for the reconfiguration of a networked control system can now be reduced, particular emphasis being placed on the reduction of time delays. Case studies are employed to demonstrate the real applications of the theory.

While being of most interest to academic researchers and graduate students grappling with the problem of making distributed control systems more responsive to changes in process and plant, Reconfigurable Distributed Control will also be informative for readers with a background in more general distributed computing.