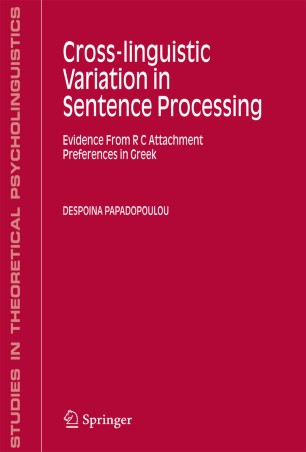 This book argues in favour of cross-linguistic variation in sentence processing by providing empirical data from ambiguity resolution in Greek as L1 and L2. It is maintained that in highly inflected languages, like Greek, initial parsing decisions are determined by the interaction of morphological and lexical cues rather than by universal parsing principles. During the initial parse, discourse-level information is constrained by lexical considerations, which indicates that the human sentence processor is a multi-stage mechanism. The L2 data show that parsing preferences are not totally determined by frequency records and that L2 sentence processing is mainly guided by lexical information and less so by other sources of information.