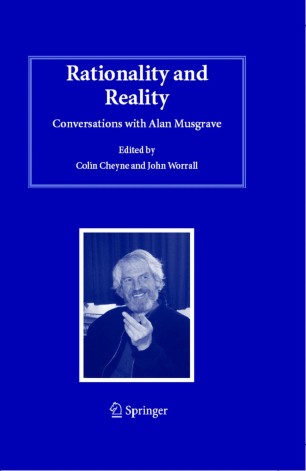 Alan Musgrave has consistently defended two positions that he regards as commonsensical – critical realism and critical rationalism. In defence of critcal realism he argues for the objective existence of the external world as opposed to idealism, as well as arguing for scientific realism against all anti-realist accounts of science. His critical rationalism is drawn from the work of Karl Popper and stands opposed to inductivist and irrationalist methodologies. In defence of these positions, Musgrave’s writings have covered a wide range of topics in epistemology, metaphysics, philosophy of science, philosophy of mathematics, history of science, theories of truth, and economic theory. In this volume a group of internationally-renowned authors discuss themes that are relevant in one way or another to Musgrave’s work. This is not intended as a standard celebratory festschrift but rather as a new examination of topics of current interest in philosophy. The contributory essays are followed by responses from Alan Musgrave himself.