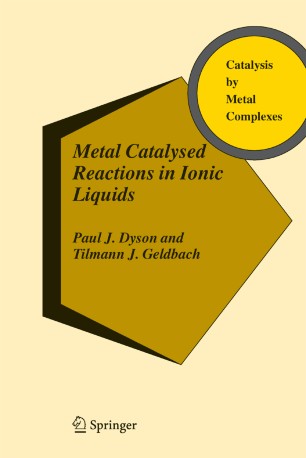 The book begins with a general introduction to the field of biphasic/multiphasic catalysis and describes the synthesis, functionalisation and fundamental properties of ionic liquids relevant to catalysis. In the following chapters catalysed reactions are discussed according to their type, including:

This book is an invaluable resource for all those working in catalysis, green chemistry, and advanced synthetic methods, especially advanced level undergraduate and graduate students and those researching or contemplating research in biphasic or multiphasic catalysis using ionic liquids.