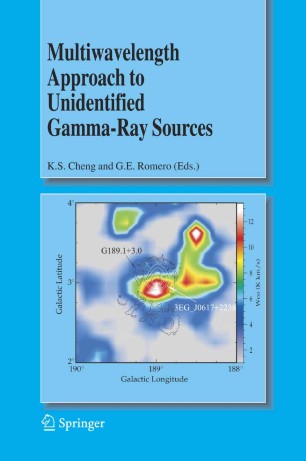 Nearly one half of the point-like gamma-ray sources detected by EGRET instrument of the late Compton satellite are still defeating our attempts at identifying them. To establish the origin and nature of these enigmatic sources has become a major problem of current high-energy astrophysics. The second workshop on Multiwavelength Approach to Unidentified  Gamma-ray Sources intends to shed new and fresh light on the problem of the nature of  these mysterious sources and the objects behind them.

The proceedings contain 46 contributed papers in this subject, which cover theoretical models on gamma-ray sources as well as the best multiwavelength strategies for the identification of the promising candidates. The topics of this conference also include energetic phenomena ocurring both in galactic and extragalactic scenarios, phenomena that might lead to the appearance of what we have called high-energy unidentified sources.

The book will be of interest for all active researchers in the high-energy astrophysics and related research areas as well as for scientists and graduate students interested in understanding the recent progress in this field.