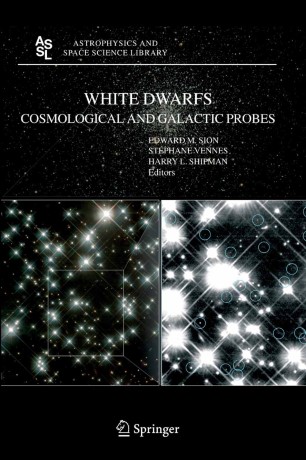 The emphasis on white dwarf stars and cosmology arises from the most recent advances in cosmological and galactic structure research in which white dwarf stars are playing a very prominent role. Examples are Type Ia supernovae (i.e. white dwarf supernovae), the origin and evolution of the universe, the age of the galactic disk, cosmochronology using white dwarfs in globular clusters and galactic clusters, and the physics of accretion onto compact (very dense) stars. As an assisting guide to the reader, we have included, by invitation, comprehensive review articles in each of the four major areas of the book, white dwarf supernovae, cosmology, accretion physics and galactic structure. The reviews include introductory material that they build upon.

The book is suitable and most useful to advanced undergraduates, graduate students and scientific professionals (e.g. astronomers, astrophysicists, cosmologists, physicists).